There is a German saying. He, who does a voyage, shall have stories to tell.

This certainly applies to the LNG business and to any newcomer getting his first chills from it. It’s all exciting but after the first few missteps (oh trust me, there will be plenty) the F-word starts to creep into your mind and it’s going to re-surface frequently and as reliably as clockwork.

I have faced quite a number of rookies wanting to get themselves into LNG. I have told each and everyone what it takes to cut a living in this part of the energy universe. I have been extremely forward when I told them that it takes guts, determination, stamina, tolerance for pain and disappointment and of course cash.

A friend once told me that LNG is not for those strapped for cash as numbers tend to be biggish and one needs the ability to stay the distance when the going gets rough. And it will get rough.

Any wonder if the F-word keeps popping up like pimples in the face of a teenager? And soon it will linger.

You can’t beat it. You can’t avoid it. The only thing you can do is accept it and embrace it as FEAR will be with you on every step.

It’s a natural instinct, a leftover from the primitive past when it kept you alert for survival in the endless grasslands. But today it does not serve much of a purpose anymore. When were you faced last with a lion trying to eat you?

In the LNG world, it’s outright deadly as the industry currently goes through the most violent upheaval of its existence. And if this would not be enough already, the entire energy world goes bonkers.

Much to be afraid about, but also a lot of opportunity. Remember, careers and destinies are made in times of great change and upheaval. The word crisis still stems from ancient Greek where it also held the meaning of opportunity.

After a couple of turns and twists in the energy world over the last 10 years we start to lose our convictions. There seems to be no certainty anymore, nothing to hold onto when in fact it’s only the rotten structures of the past that give way to the new energy economy and that is going to be hugely different than the one we left behind.

This world belongs to the one who faces the fear and does it anyway. And no one will be spared as the movement will hit everyone at the same time. It’s going to be big, it’s going to be biblical and you are going to wet your undies. 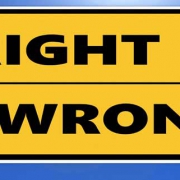 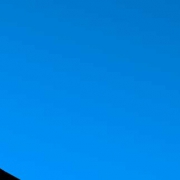 Use LNG or lose money – the example of Iran

Evolution in the LNG garden 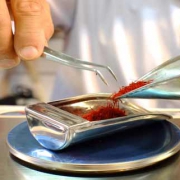 Shale, not shallow – the ghosts of hardship
0 replies

The whole aim of practical politics is to keep the populace alarmed (and hence clamorous to be led to safety) by menacing it with an endless series of hobgoblins, all of them imaginary.

Iranian LNG for Europe – reality or pipe dream?The Matrix cometh – and you will get plugged in Scroll to top