LNG projects are on the expensive side but some are more expensive than others. Some players act as if the sky is the limit. That’s not true.

Let me borrow a quote from the movie Kill Bill. “In Africa, the saying goes, in the bush, an elephant can kill you, a leopard can kill you, and a Black Mamba can kill you. But only with the Mamba – and this has been true since the dawn of time – Is death certain. Hence its handle – Death incarnate.

Applied to LNG, high CAPEX is the Black Mamba.

LNG has been built on the assumption that flexibility in the supply chain had no value and all the LNG produced in a project would be brought to pre-determined receiving terminals that generated economics from size rather than efficient “on-demand” operations.

Quite a number of LNG projects have been proposed around the world in recent years, but few of them have resulted in a Final Investment Decisions which means that someone spends huge amounts of money on projects that get never realized and hence never produce anything else than write-offs. Most of the time a huge opportunity has been squandered, relationships between the project parties are strained to the break level and huge amounts of money go down the drain for studies and consultancy. Again, most LNG projects remain paper tigers even if the economic case is compelling.

Most project FID’s today happened in the Pacific basin as the nearby consuming countries generally pay premium prices on the general market. Gas operators in those countries still work as unchallenged monopolies or oligopolies. Without pressure from competitors, incumbents can allow themselves to pay “over the market” and thus off-take LNG at higher prices.

The Atlantic basin is a very different environment. Gas prices are generally lower than in the Pacific, due to a large number of gas pipelines assuring base-load supply. The growing supply of newly developed unconventional gas resources has put a cap on what can be expected for Natural Gas. All this makes it difficult to find markets for new LNG projects. In 2005–2008, with prices at extremely high levels, this reasoning seemed to have been reversed. The inflated prices encouraged very expensive projects to push for FID’s. These projects require continuously high prices for 15 to 20 years, after Commissioning, in order to be able to repay the investment costs. They are in trouble in today’s economic climate.

When market prices fall, such (i.e. large LNG plants) projects quickly start producing LNG at a loss. Investments in LNG need to be kept low if they are to remain viable whenever prices fall, as in this case and in other prospective projects. This means that new LNG projects in the Atlantic basin require low EPC, reasonable OPEX, cheap feed-gas and a very low-risk profile in order to keep lenders happy and project finance flowing.

I expect some of the projects under construction right now to fail in the years to come as their frozen cost is beyond reason. 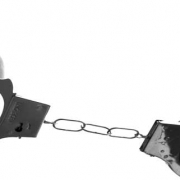 The shape of things to come – Methanopolis

LNG or emulsion fuels – whats it gonna be

Much learning does not teach understanding.