Modern man with all his marvels is roaming the planet because of a simple, yet powerful mechanism called Evolution. It’s simple because it mechanically tries out every possible pathway in order to find what works best. It also eliminates those solutions, that have not worked well. Simple, as this mechanism may be, it yet has ensured humanity’s rise from a proto-soup of primitive amino acids billions of years ago.

Contractual evolution is no different. Any proto-contract in a given domain is simple, unrefined. It does the job it is created for without frills. With time, new situations arise, challenging the simple mechanisms of the contract. Sometimes a mechanism can be fixed, improved, repaired. Sometimes something better arises, leading to change and a yet more complex contract.

Just as it is in natural evolution, every once in a while, earth-shaking changes produce sudden shockwaves that can be so violent – a paradigm change of unseen proportions takes large swathes of what existed away and introduces a new world. In nature, an asteroid hitting earth kicked in the extinction of the dinosaurs which had dominated the planet for hundreds of millions of years. The event produced a new world, better, stronger, more sophisticated than could have been imagined before.

In LNG, a metaphorical asteroid hit us in the shape of gas market liberalization in the Atlantic basin. Decade old certainties have gone away almost overnight and kicked in the rise of an unimaginatively complex, new world. Just like the dinosaurs, the old contractual mechanisms in LNG have staged a fierce defense battle but as Victor Hugo used to say: “No army on earth will stop ideas, when their time has come”.

Liberalization was just the beginning. LNG trading, sink market mechanisms, the rise and fall of North America as a market for LNG, shale gas, nuclear incidents producing LNG shortfalls and producing countries turning consumers all have left deep impacts on the LNG world and future contracts will bear their scars.

Now that the monolith LNG has cracked wide open, the contractual LNG world will experience an explosion of diversity just like the Cambrian explosion. LNG as a fuel, LNG bunkering, multiuser terminals, commingled tank space and island meshing, flare conversion and resource nationalism are already leaving their imprint on classical contracts.

In times of great change, it is always good to go back to the roots. Back to where everything had begun in order to examine anything in it for its residual value. Otherwise, you start putting pieces of dead corpses together. That’s a Frankenstein then.

This blog has no respect for the old dogmas, no patience with old mechanisms just because they have always been here. I expose some real crucial LNG mechanisms to the fire of the new world. And see what the next 10 years might look like.

The future is uncertain, but that’s scary only to those who are unprepared. 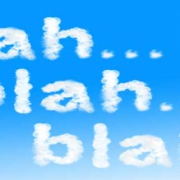 Use LNG or lose money – the example of Iran

LNG in Africa – LNG is not a rich man’s fuel

Business Development in Natural Gas – get the Frontschwein out

Do not follow where the path may lead. Go instead where there is no path and leave a trail.